Chances are, if you’re reading about hearing loss, you may have already been dealing with impaired hearing for some time. Don’t wait any longer, get treatment for impaired hearing now. Studies show, in fact, that people with progressive hearing loss wait an average of 5-15 years before seeking treatment. During those years, some undesirable things happen.

Medically speaking, the biggest problem with not seeking treatment for impaired hearing may be a condition known as Auditory Deprivation. Microscopic hair cells in your inner ear vibrate with sound and send signals to your brain. When those hair cells are damaged, they create dead spots and they can’t transmit properly. These dead spots result in hearing loss at certain frequencies, and this is called auditory deprivation. Prolonged auditory deprivation may cause your brain to forget how to interpret auditory impulses, much like an unused muscle becomes weak over time. Damaged hair cells are irreparable. Even if these areas are stimulated again through sound amplification, the brain may no longer be able to interpret the sound. So “use it or lose it!” applies to your hearing sense as well.

Auditory deprivation was also mentioned in a recent Johns Hopkins study that shows a link between hearing loss and the development of dementia. The study was published in the February 2011 Archives of Neurology. It used data from the Baltimore Longitudinal Study on Aging (BLSA), which has tracked various health factors of thousands of men, women, and children over decades. About a quarter of the over 600 volunteers the study focused on had hearing loss at the start of the study, but none had dementia.

While further research is required to determine the exact reason why hearing loss and dementia are connected, auditory deprivation and the isolation inherent in hearing loss are two possible contributors proposed by the study.

Hearing loss is not just a physical problem. From a lifestyle point of view, impaired hearing can create many negative effects, both on the individual with loss and his or her family, friends, or work associates. Individuals with hearing loss are more likely to experience: 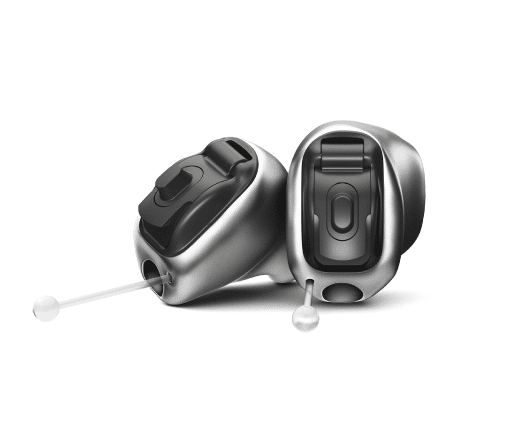 The effects of impaired hearing on the friends, family, and associates of an individual with loss might include: Benefits of Treatment

The good news is that many of these negative physical and lifestyle effects of impaired hearing can be greatly diminished or even eliminated through proper treatment for the loss of hearing. Hearing aids can compensate for loss in targeted frequency ranges, so your brain maintains its ability to comprehend speech. They also provide auditory stimulation, which not only allows you to interact with loved ones again, but it may contribute to delaying or even preventing diseases like dementia.

There are certainly many ways in which treatment for impaired hearing is good for you physically. But the lifestyle benefits may make the largest difference. Those benefits keep expanding every time you don’t have to ask, “What?” and can instead enjoy a worry-free conversation.